Discover Rush Out! on Tabletopia 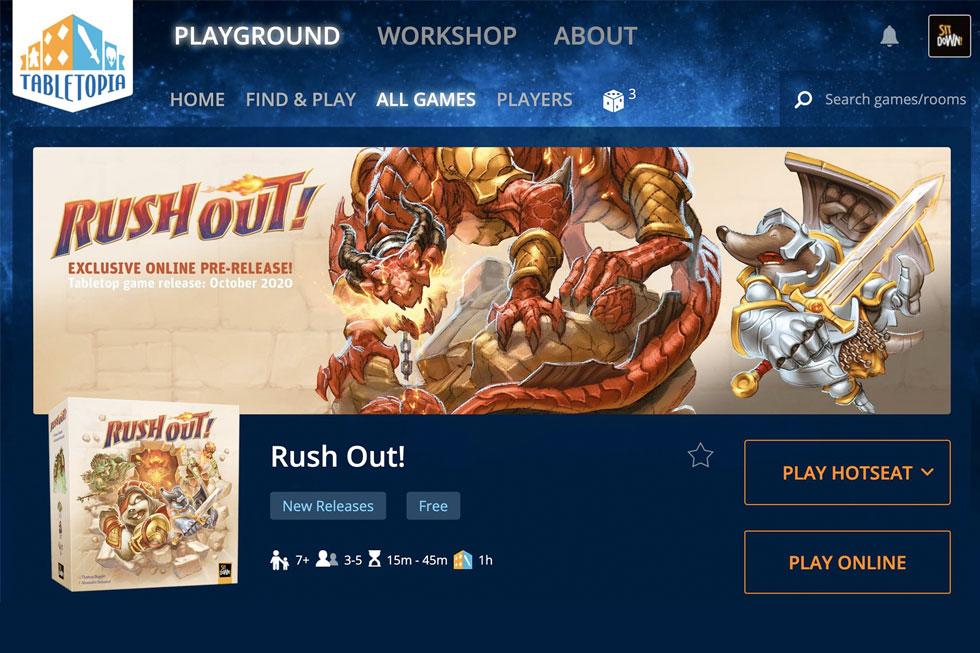 Rush Out! is the next game that we will publish on 2020. It will be released on October 2020 but you can play it now, for free! You just have to connect to Tabletopia to play from 3 to 5.

Thirsty for adventure and fame, a few intrepid adventurers plunge into an underground maze. Just as they get their hands on the treasure, a powerful sorcerer emerges from his torpor and begins to hunt them down. The only chance the adventurers have for survival is to flee toward the exit while thwarting the terrible spells he casts upon them.

Rush Out! is a game of speed, in which one player plays the sorcerer, trying to retrieve his treasure from the other players, the heroes. The first team to empty their deck of cards wins the game.

There are no turns. All players roll their own dice as quickly as possible, as often as they like, without waiting for the other players, to complete the cards of which they need to discard in front of them. This is true for both the sorcerer and the heroes; everyone plays simultaneously! Communication could be the key to success for the heroes.

Your goal is to reveal the last card of your deck before the other team. Depending on the scenario you choose, there may be other victory conditions, as well; however, you only need to meet one victory condition to end the game.

The sorcerer confronts all the heroes alone. The heroes win or lose as a group.